Asphalt plants are specially designed plants that were created especially to produce hot asphalt. To produce the asphalt, the plant needs to use raw materials like sand, fillers, bitumen, and aggregates. However, all of these must be added in specific proportions to produce quality products. Read on as we discuss everything you need to know about asphalt mixing plants.

One of the main features of the plant is that it easily heats the aggregates before mixing them with the bitumen(con el betún) and adhesive products. During this part of the process, aggregates should be sized uniformly so that they can then be used in combination with other materials that come in different orientations. Both of these are then mixed with coarser particles and fillers to produce top-quality asphalt.

Typically, batch mix plants tend to consist of quite a few components. The first main one is the cold aggregate feeder bin. As the name suggests, materials are stored in them and are then separated according to their sizes. The feeder belts are located below the bins and a specially designed conveyor.

The conveyor is used to move aggregates from one belt to a specially designed drying system. The materials are then sent to a vibrating screen where they are separated depending on how big or small they are. Within the drying drum, there is a burner that removes the moisture before transporting them to achieve the desired mixing temperature.

These bins are termed hot bins and are located just below the screening unit. When aggregates are placed in the bins, they are held for a while before they are mixed according to weight. After the mixing and weighing process, it is then finally released into the mixing section of the plant. Both filler and bitumen are then released into the unit after they are weighed.

At the end of mixing, the new mixture is released into the silo or trucks. To comply with environmental standards, special control devices that control the pollution(controlar la contaminación) released into the atmosphere are equipped onto the plant. However, most asphalt plants tend to use filter bag units since it is more economical. 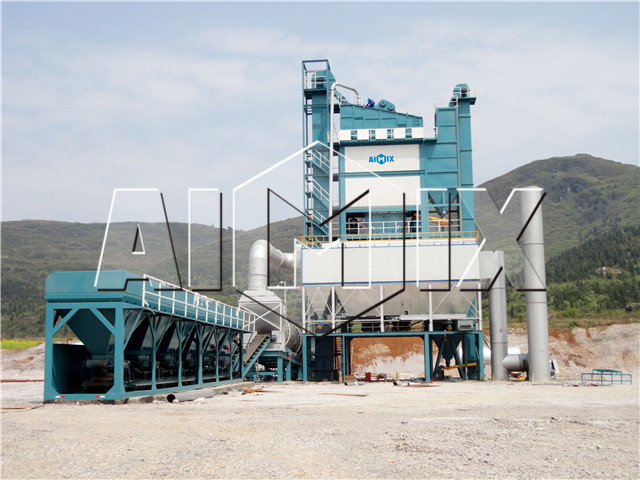 When the bags are in use, fines are passed through them. During the process, the bags trap dust inside. After the asphalt plant filtered the fines, the dust is collected and later reintroduced into the elevator that runs to the aggregates.

As we conclude, we have just looked at what asphalt mixing plants are. We’ve also just looked at some additional information on how they work. If you’re thinking of expanding your business, an asphalt plant just might be a good investment. However, you’ll need to look for a reputable supplier before you can purchase your plant.